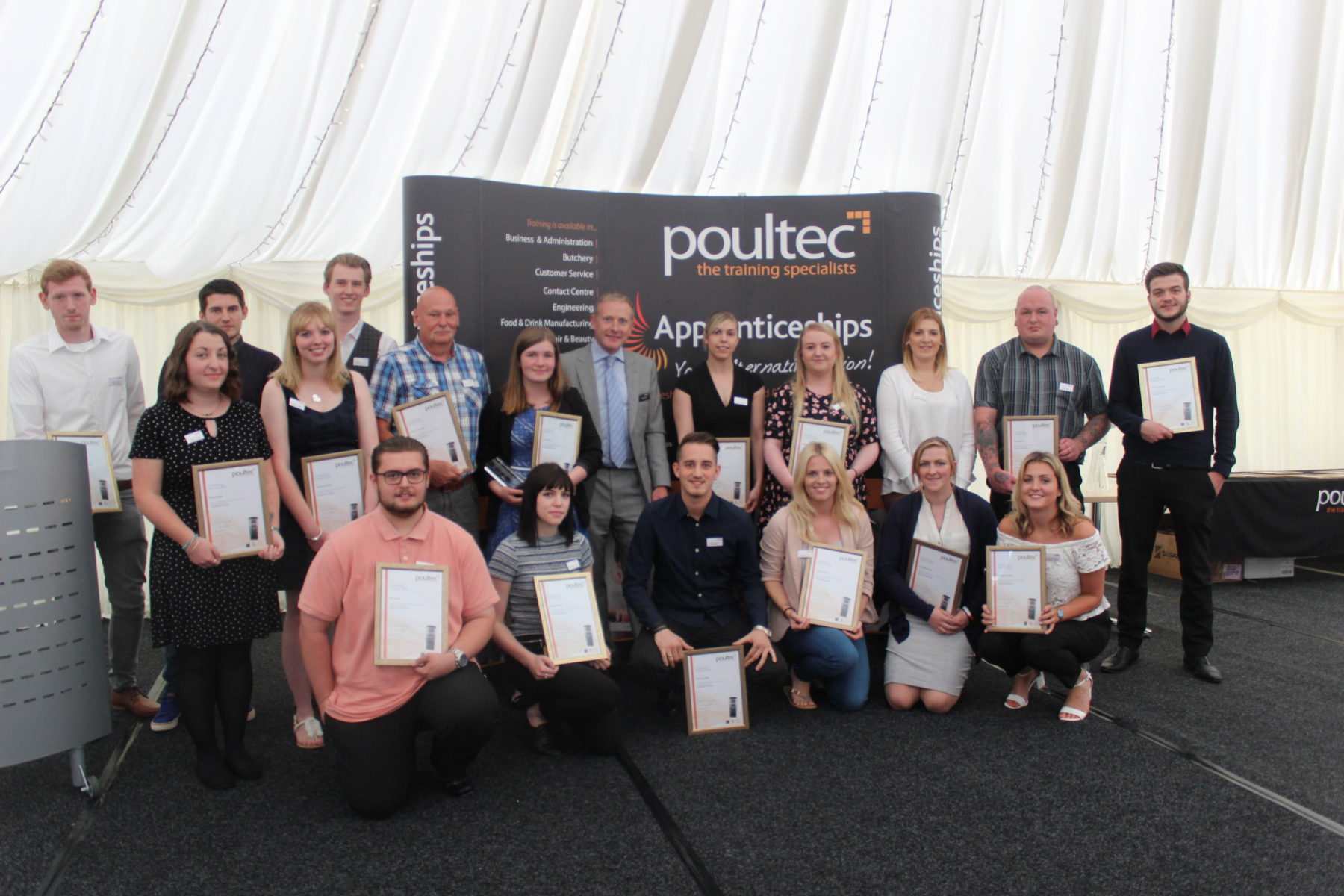 Poultec Training’s annual Learner Awards ceremony was held yesterday afternoon at their headquarters at South Green Park Mattishall. Jason Doyle, Speedway Grand Prix rider presented certificates to all 67 nominees, who had been selected from over 3,000 learners who had completed qualifications with Poultec over the last 12-months.  Nominees were nominated by tutors where learners had excelled in their learning or overcome barriers in order to achieve their qualification.  Glass trophies were presented to the winners of each category by Jason, who congratulated each learner.  Jason shared with the audience made up of nominees, their employers, parents and guests, the journey he has made in his speedway career; highlighting what can be achieved if you persevere.

Katie Adams of the Henderson Trust won the Young Apprentice of the Year Award, an award selected by the panel of judges from all nominated Apprentices under 24 years old. Edward Bales, Managing Director of Poultec said on presenting the award 'The judges were impressed by the quality of work produced by Katie, which was of an exceptional level, way above what was required for the qualification’.

Lizzie Neale of the Princes Trust also spoke at the ceremony of the long standing relationship that the Princes Trust has with Poultec, delivering Traineeship programmes together, to assist young people in their search for employment.

Two new awards were presented at this year’s awards ceremony by Edward Bales; the Apprentice Progression Award which celebrated former Apprentices who have progressed through their career and became ambassadors for training and development, which was won by Andrew Bumfrey of Bernard Matthews. Andrew since completing his Apprenticeship has progressed to farm manager and is now running the company’s trial house.  The second was a special recognition award - this award was presented to Peter Clears who was recognised for the additional contribution he has made to training, supporting the organisation during open days and events and attending school careers evenings to promote the courses that Poultec delivers.

The ceremony, held in a marquee in the grounds of South Green Park was attended by over 130 guests who also enjoyed afternoon tea prepared by South Green Park and assisted by Poultec’s own catering students.

Edward closed the ceremony by congratulating all the learners who had been nominated.