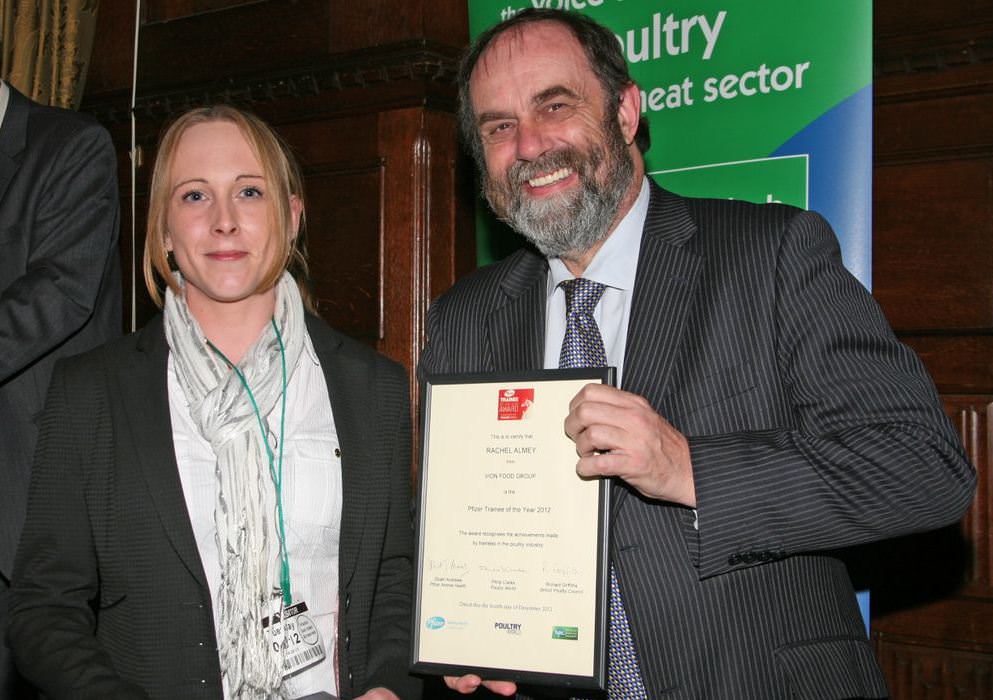 One of Poultec’s Agricultural Apprentices, Rachel Almey from Vion Food Group was successful in winning the Pfizer Trainee of the year award held on the 4th December.  The award was part of the British Poultry Councils (BPC) Annual awards which were held at the House of Commons with Rachel receiving her award from the Minister of State, David Heath MP, and the Chairman of the BPC, John Reed.  Rachel is currently in the process of completing her Advanced Apprenticeship in Agriculture (Livestock Production) with Poultec.