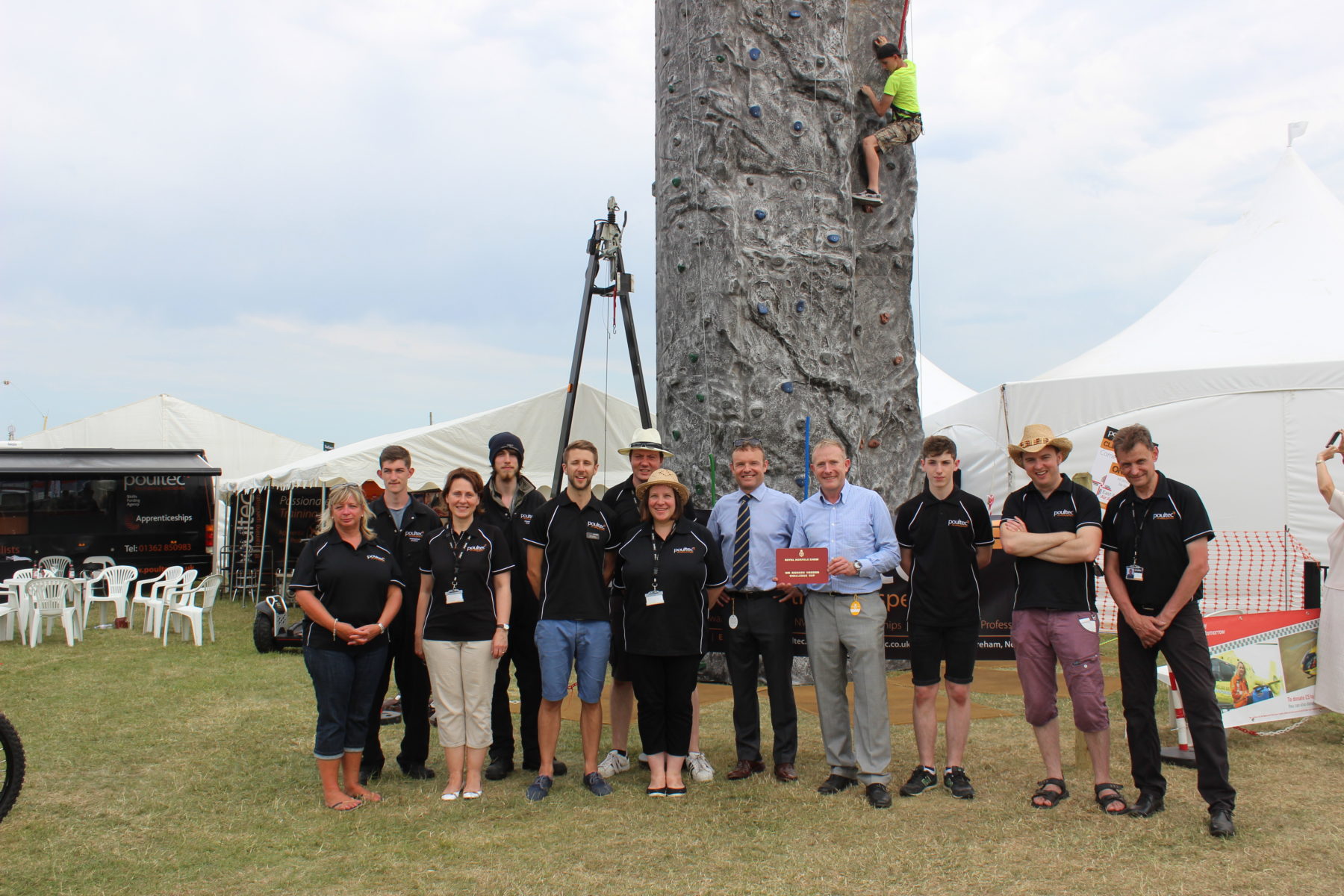 Poultec Training are proud to have received The Sir Richard Haddon Challenge Cup at The Royal Norfolk Show on 1st and 2nd July 2015. The cup was presented by the President of The Royal Norfolk Show, Robert Carter DL, Chairman RG Carter to award Poultec for the best educational exhibit; that demonstrates the facilities which they have to offer. Poultec were praised for their interaction with members of the public on their stand and the positive engagement from the learners on programme. Poultec were also praised for the provision of training opportunities to young people leaving full time education.

Edward Bales, Managing Director of Poultec Training said “ We are very pleased to have been awarded The Sir Richard Haddon Challenge Cup for Best Educational Stand. Our exhibit was aimed to showcase all the areas which we have to offer, regarding Apprenticeships, Pre-Apprenticeships, Traineeships, bespoke short courses and our team building facilities. I’d like to thank the Poultec team for all their hard work and dedication to make our exhibit stand out from all the rest.”